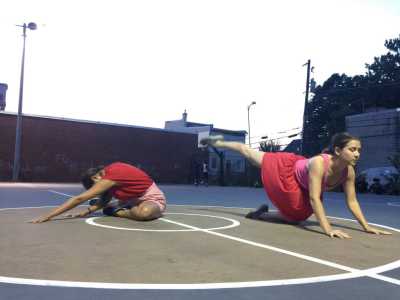 BABE (Expansion Pack) is an unwieldy site-specific postmodern duet that began as a series of solos at bus stops throughout DC, and was in various stages of development and performance for eight months before premiering at Torpedo Factory Art Center in February, 2017. The work is the result of extensive collaboration between a total of four women, and is highly adaptable to both the environment in which it is being performed and the whims of the performers’ emotions in the moment of performance. At its core, BABE is a stark and intimate examination of the process of creative women creating together. Questions of control, power and relationships were key elements in both the development and performance of this work. Each section developed organically from private conversations in the studio and prompted improvisations related to those exchanges. The performers were encouraged to respond to given structures with their authentic physicality, and to embrace the many assumed nuances of the classic duet relationship while developing the piece. The development of BABE was supported in part by AKIMBO Baltimore, Light Switch Dance Theatre and Torpedo Factory Art Center, and individual donors. 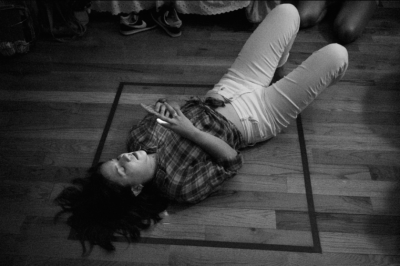 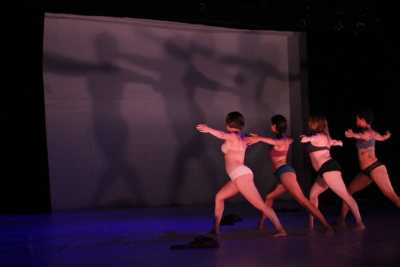 CRADLE is a work for four women that premiered at Dance Place (Washington, DC) in September 2015. At the core of CRADLE’s process was a shared desire to exercise demons – those primarily relating to navigating life in an urban environment as a woman. CRADLE embraced the multitudinous nature of women and of us specifically, embracing the tension of our relationship as collaborators, the silliness of our friendship, and the brutal realization of how much women need each other to navigate life. The Washington Post declared CRADLE "tonally bizarre", and we agreed – after all, isn’t that an apt description of everyday life as a woman? CRADLE was supported in part by Dance Metro DC’s Choreographers’ Commission Grant, The George Washington University and individual donors. 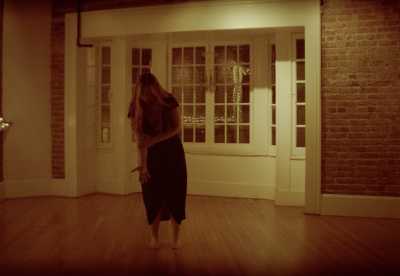 Liberty, And Every Year is Zero & Three Humans are three short works that premiered in December 2013 as part of a shared, self-produced show by The Dancing Rogues (Sylvana Christopher, Hayley Cutler, Sara Herrera Kopetchny). Each short work was created in response to the intimacy of the space in which they were to be performed; personal vignettes of love and loss for a voyeuristic audience. 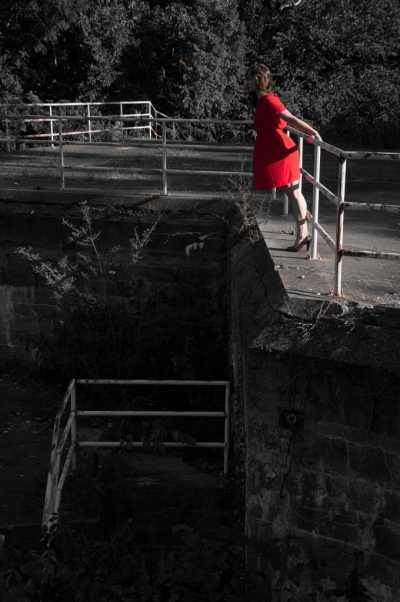 UGLY THINGS is a performance work conceived for PinkLine Project’s SUPERNOVA Festival in 2013. UGLY THINGS explores the scary shoulda-coulda-woulda thoughts of a daydreaming nine-to-fiver. The work consisted of four sections, each of which has been performed on its own in various iterations since the original work premiered. These mini works include: At Bay, Nice Jewish Girls and Bush League. UGLY THINGS was restaged and further developed in late 2013 as UGLY THINGS: Againandagainandagain for the Greenberg Theatre stage. 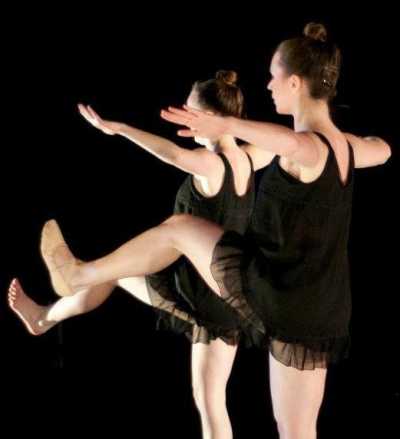 Approximate Location is a work that was commissioned by the Eureka Festival for its 2012 season; the high-energy work for six women garnered darlingdance a nomination for Emerging Choreographer at the Dance Metro DC Awards the same year. 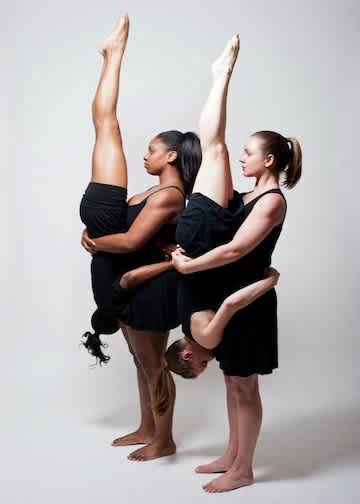 The Donna Series: Good Riddance Donna; Donna on a Green Couch is a series of short pieces made between 2010 and 2011 that explore spatial relationships and the visual diagonal line as a medium of emotive expression. These works premiered and were re-staged at The Dinner Series (DC), Capital Fringe Festival, Intersections Festival and Chicago Fringe.