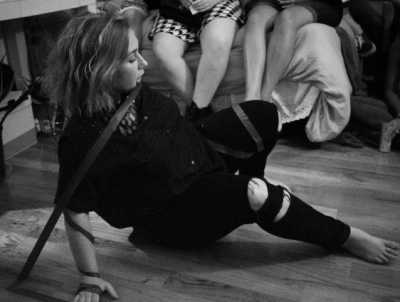 Hayley Cutler (artistic director) Hayley Cutler, MFA is a choreographer, performer and dance educator based in Washington, DC. She received both her BA and MFA in Dance from The George Washington University, where she studied under Maida Withers, and a postgraduate diploma from the Laban Conservatoire in London. She is the founder and Artistic Director of darlingdance, a feminist dance theater company currently in its tenth season. As a maker and performer, Hayley pushes the boundaries of intimacy and comfort and encourages her audience to expand their notions of what dance making is; her work allows audiences to witness what total autonomy looks like for female bodies in public spaces. As an educator, Hayley works with an incredibly diverse range of populations, from adults with intellectual disabilities to professional dancers to children in transitional housing to university dance majors, and beyond. She is the founder of darlingspace, a combination youth-focused dance studio and future artist space for choreographers. Hayley is a 202Creates Resident Artist alumna and a four-time recipient of a DC Commission on the Arts and Humanities Artist Fellowship (2018, 2019, 2020, 2021). The Washington Post once declared Hayley's work "tonally bizarre." She tonally agrees. 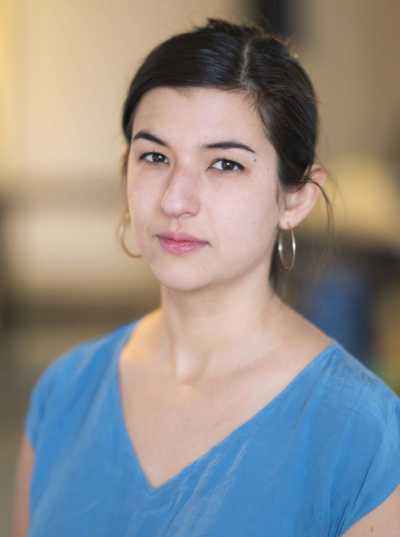 Claire Alrich (performer) is a freelance artist, educator, and non-profit administrator living in Washington DC. Her performance work has been seen in Washington DC, New York, Miami, and Mexico. Claire has performed with darlingdance since 2015. In addition she is a teaching artists with Artstream Inc., Local Motion Project, and the National Fund for the U.S. Botanic Garden. Claire is the Site Coordinator for the Field/DC, a curator at The Shed Gallery, and a 2017 recipient of an artist fellowship grant through the DC Council of the Arts and Humanities. https://www.clairealrich.com 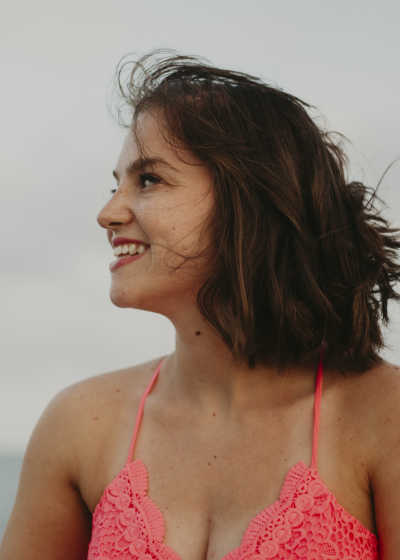 Amber Lucia Chabus (performer) is an artist who finds joy moving her body in spaces with other creatives. Amber graduated Magna Cum Laude from the University of Maryland, College Park in 2018 with degrees in Dance and Kinesiology. Since graduating, she has fully embraced her artistry within the DMV dance community. She is a company dancer with Heart Stück Bernie and ReVision Dance Company, is part of the inaugural Performance-in-Progress cohort with DanceMetroDC, and has also worked creatively with Madeline Maxine Gorman, Britta Joy Peterson, CityDance DREAM, and Orange Grove Dance. Amber is currently the Communications Associate at Dance Place and prior, she worked administratively at the Clarice Smith Performing Arts Center, Jacob’s Pillow Dance Festival, Callahan Consulting for the Arts, and The Yard. TARGET PRACTICE was Amber's first performance with darlingdance, and she is thrilled to be part of this incredible company of artists. 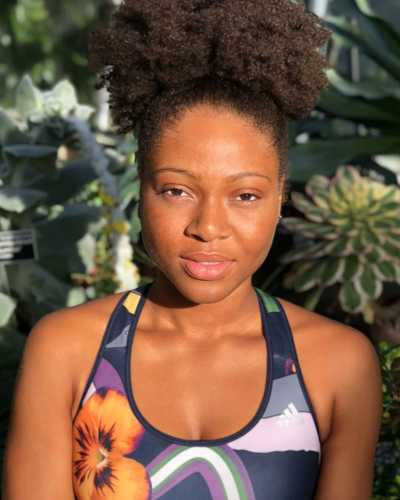 Emmanuella Enemor (performer) is a Nigerian-born dance artist. She began her dance training in Miami, Florida where she studied with Ronald Reagan's Sensations Dance Team. Emma is a recent transplant to DC and since arriving has performed with darlingdance, Howard University Showtime Band's Ooh La La Dancers, and Cameroonian sensation Yangi. 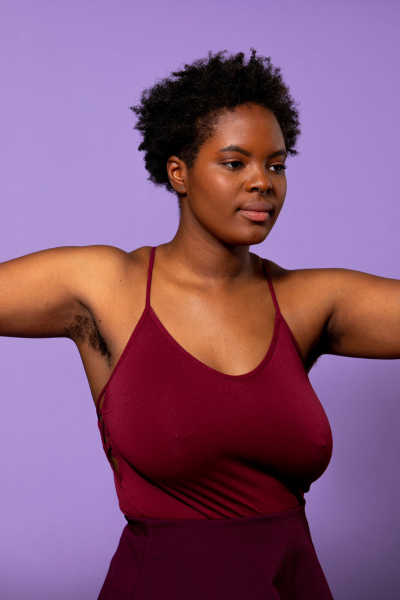 Hailing from the Midwest, Krystal Leniece Collins (she/they) captivated their first audience in the produce section of the local Moo & Oink (may the beloved Chicago grocery store chain rest in power). A graduate of the University of Illinois Urbana-Champaign (BFA ‘18), Krystal has performed in and choreographed many works during her matriculation. They currently move, groove, and reside in Washington, D.C. where they have danced for ClancyWorks Dance Company (2018) and is currently a company member with Contradiction Dance Theatre, darlingdance, and Heart Stück Bernie. She is currently the Junior Staff Program Manager at Dance Place and a freelance performer and choreographer, dance educator, curator, and most importantly a proud power disrupting combative sagittarius. Their work has been shown at Joe’s Movement Emporium (MD), Dance Place (DC), Krannert Center for the Performing Arts (IL) and the Kennedy Center as a part of the National College Dance Festival (DC). Her most recent performance venues include Dance Place (DC), Baltimore Theatre Project (MD), Joe's Movement Emporium (MD) and Dixon Place (NY). As a non-binary femme, Krystal’s artistic practice amalgamates many lenses of Blackness, including: queerness, girl/womanhood, popular culture, joy, ancestral and spiritual practices. Currently, she curates a weekly rotating playlist, entitled quaranTUNES, with her younger sister a.k.a. DJ Mighty. 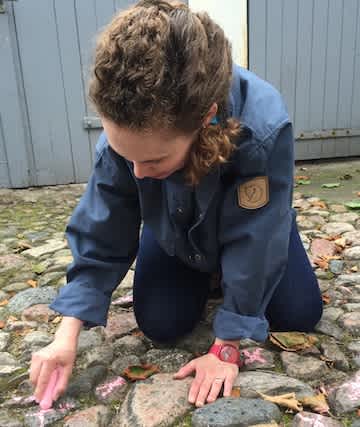 Mariah Anne Johnson (performer) is a native of Little Rock, Arkansas, where she spent her childhood attending art classes at the Arkansas Arts Center and studying dance under Sally Riggs and Deborah Rawn. She went on to study art at Rice University and was a member of Rice Dance Theatre for four years. She earned her MFA in studio art from the University of Illinois in 2006. Mariah's paintings and installations have been exhibited in solo and group shows around the country, from Los Angeles and San Francisco to New York, Houston, Chicago, and Washington, DC. Locally, her work has been shown in venues such as Montgomery College, Transformer, Flashpoint, and the Arlington Arts Center.

Since 2011 she has served as a professorial lecturer in painting and drawing at The George Washington University. During spring 2012, she was the Artist in Residence at the Cafritz Foundation Center for the Arts at Montgomery College in Silver Spring, Maryland. Her recent projects include a 2016 solo exhibition of installation, paintings, and textile works at BlackRock Center for the Arts, as well as a major installation and related paintings for a two-person show with Mei Mei Chang at Montgomery College in 2014. During 2016 and 2017, she undertook a series of international artist residencies in Viborg, Denmark; Berlin, Germany; and Hafnarfjörđur, Iceland. 2017 also marked Mariah’s return to dance, as she began studying with Hayley Devon Cutler and performing with darlingdance. 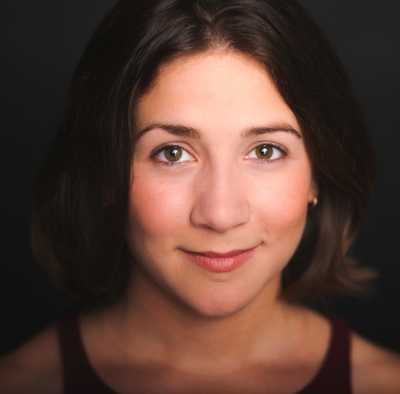 Sarah Greenbaum (performer) is a Washington, DC-based arts administrator and performance maker. As the Artistic and Community Program Manager at Dance Place she coordinates world-class dance performance and community engagement through the performing arts. Sarah manages all production and administration aspects of programming at Dance Place including 40+ weekends of performance. Outside of Dance Place Sarah works as an independent associate producer; recent projects include coldness & lightness (Dance Loft on 14) 20 Rue Jacob (ReCreative Spaces) and Kitchen Sink Fest (Dance Place.) Sarah has a Bachelor of Fine Arts in Dance Performance from Missouri State University. She attended the American Dance Festival in Durham, NC in 2013 as a scholarship student and in 2014 as the Performances and Community Programs Intern. 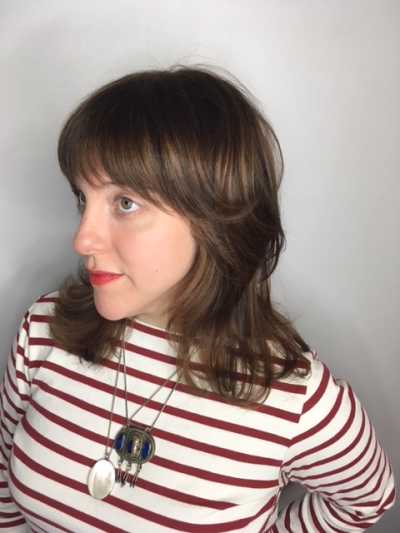 Juliana Mascelli (performer) has been dancing since she was 3. She kept on dancing through college and now works in the Dance Program at the National Endowment for the Arts, where she helps dance artists secure grant money. She feels most content when creating and performing. 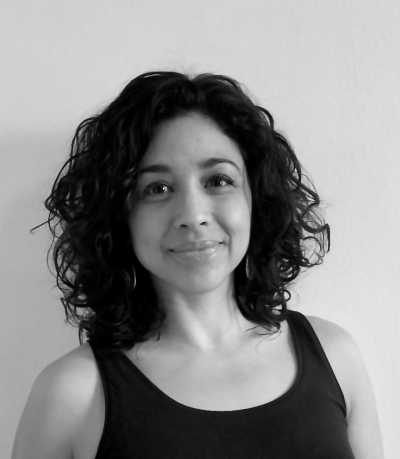 Sara Herrera (performer) hails from Fort Worth, Texas where she began dancing at a young age. She holds a Bachelor of Fine Arts degree in Modern Dance from the University of the Arts in Philadephia and happily resides in Washington, DC. Sara is a choreographer, performer and dance teacher, with over 15 years of teaching dance in the DC metro area, NYC, NJ, summer stock in Maine and more recently with the Sapperlot Youth Theatre Festival in Brixen, Italy. Sara’s choreography has been showcased at the Kennedy Center’s Millenium Stage commissioned by Agora Dance, the Asheville Fringe Festival, Imagination Stage’s Lerner Theater, The Jack Guidone Theater and the Capital Fringe Festival with performances at Blind Whino, Atlas Performing Arts Center and DancePlace. When not on stage, you can find Sara passionately involved in her neighborhod, curating Arts and Community events, from free outdoor summer dance concerts to showcasing local artists during First Fridays, as the co-founder of Petworth Arts Collaborative and as an active member of the Lower Georgia Avenue Main Street Neighborhood Strategy Council.

Faryn Kelly (she/her/hers) (costume designer) is a theater technician, lighting and costume designer, performer, and choreographer and currently serves as Dance Place’s master electrician. Originally from Lexington, KY, Faryn graduated with a BFA in Dance from Wright State University in Dayton, OH. Before moving to DC, Faryn choreographed and danced with Moving Collective in Louisville. Outside of Dance Place, she has worked with DMV-companies including darlingdance, Extreme Lengths Productions, and Jane Franklin Dance, and most recently, Faryn was selected as one of the 2020 New Releases choreographers. Among her favorite things are travel, instant film, haute couture, space, and chocolate covered espresso beans.

Her career in the dance field has been multifaceted including administrative and teaching positions in dance organizations, schools, and community groups throughout the mid-Atlantic region. Kourtney has performed with Beth Elliott Dance Group, Dancethos, DC Contemporary Dance Theater, Heart Stück Bernie,Karen Reedy Dance, NetCo Dance Company, MotionX Dance DC, and Washington Reflections Dance Company. She also performed as a guest artist with Company E which included touring to Kazakhstan and Cuba in 2016. She started working with darlingdance in 2019 and performed in TARGET PRACTICE.

When she's not on stage or in the studio, Kourtney teaches yoga, works as a school manager for The Washington School of Ballet, and is (slowly) working on a master’s degree in Organizational Leadership from Gonzaga University.